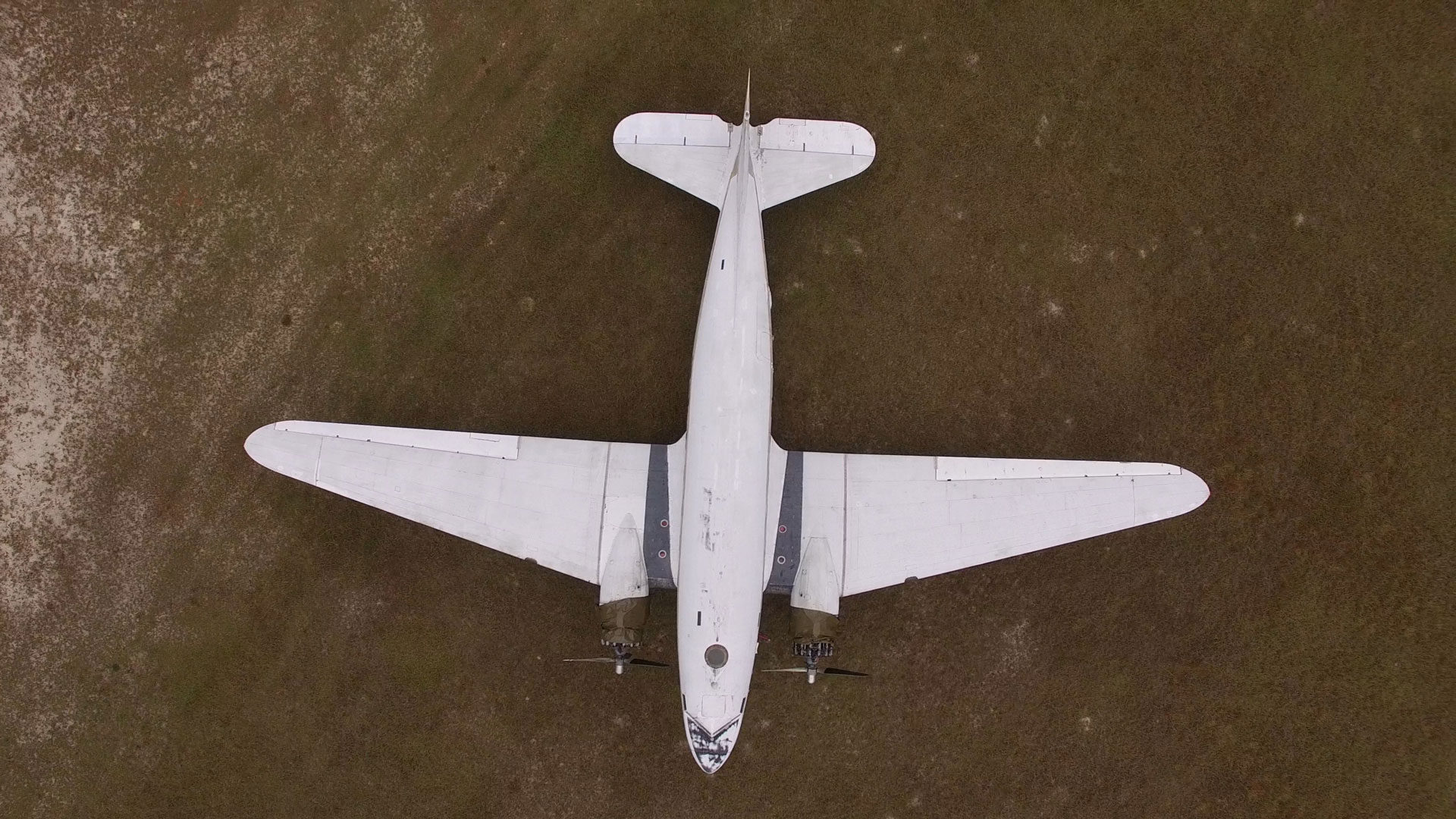 Aiming straight down on your subject, or nadir, can make for some very powerful footage. Since the angle is very unusual and unseeable by most people most of the time, it’s a fascinating angle for drawing attention to the subject.

There are a couple ways to have the movement in the nadir position. One is to simply pan or slide over the subject. Which direction really depends on the graphical elements you see while you’re filming. And since from this angle nothing looks the way you would expect, it’s important to have some spare time to mess around with the pan, because you have no idea what might be the right direction.

The second way to do this is much more subtle, and requires there to be a fairly interesting pattern or better yet, a pattern being broken up. By simply lowering the drone very slowly, a couple miles per hour at most, we create a very slow zoom onto our pattern (you can also go up, depending on what you want to say). The C47 imprint with the road going through the shot do a great job of breaking up the pattern of the grass, creating a very visually striking image. The only thing that could have made this shot even more captivating is if there were enough of a breeze to make the grass move a bit.

Either way, the nadir shot is one I always try to have time for, because so many of the best angles come from when we just have some free time flying with the drone, and the nadir shot can take some exploration to find the right way to film.