No, this isn’t a special grill for your truck. It’s the intro Moose Peterson uses on all his videos! I actually made this a while back and you can see it in many of his videos. 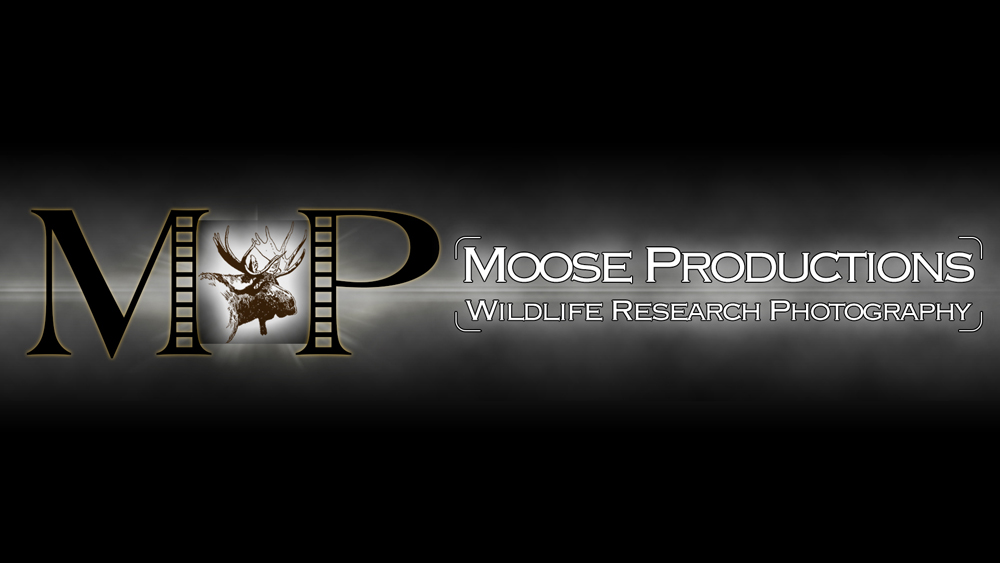 The great thing is this is pretty easy to make once you know how to achieve the effects. Depending on the animation I’m making, I either start from the beginning and work forwards or I vice versa. This usually depends on how well I have defined in my mind the end result. In this case, I worked backwards.

So I started with the still you see here. Put in the lens flare behind the “MP” and Moose logo, the outer glow on it, and finally I added the Moose Productions text with some styles. Great still! But it’s video so it needs to move.

And that’s where you gotta know your effects. I planned on doing it in Photoshop by the way, which is why I started in Photoshop. Once all of these elements were in the psd, I started a video timeline. Oh, and don’t forget that little bit of video of a moose drinking in the river!

Now when you use a video timeline, you have controls for these layers. Depending on the layer position, the layer properties, and the type of layer, you can control a great number of things. In this animation, the most complicated thing was adding a control for a layer mask. But what if you have an image that you want to “fly” at you? It would need to get bigger, right? But a basic layer only position controls. Convert the layer to a smart object, and now you can control transform! Then you make the layer get bigger as it gets “closer.”

Last little trick to this animation is that fog, as I like to think of it. As I said earlier, it’s just a glow effect. But there’s more! There’s also a layer with some basic rendered clouds. Then in the timeline, the layer moves up. Nothing to it!

See my most recent use of the bumper in this video!